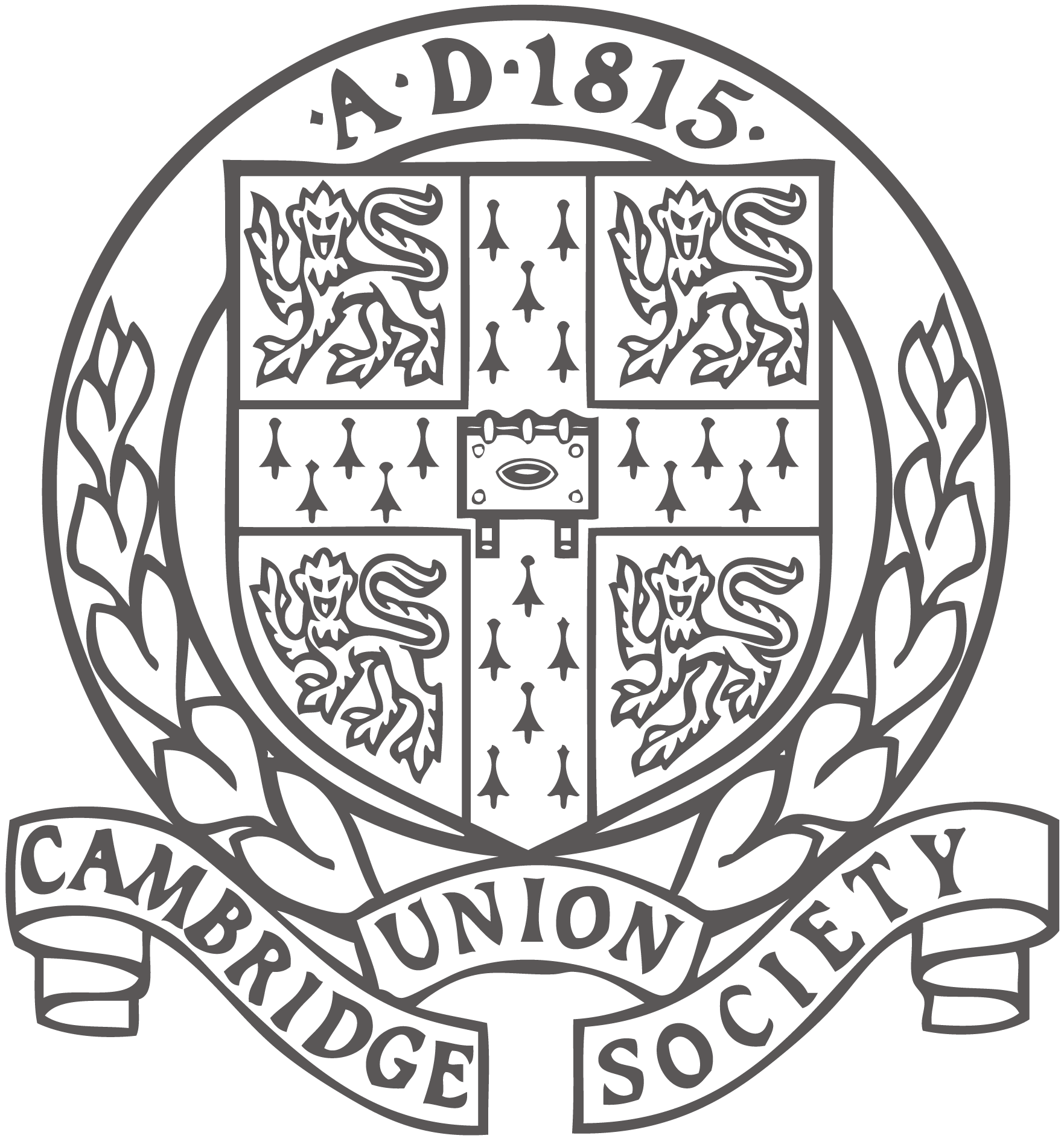 Welcome to the world of debating at the Cambridge Union Society. We have tried to provide you with as much insight as possible, but if you have any further questions, please do not hesitate to get in touch. 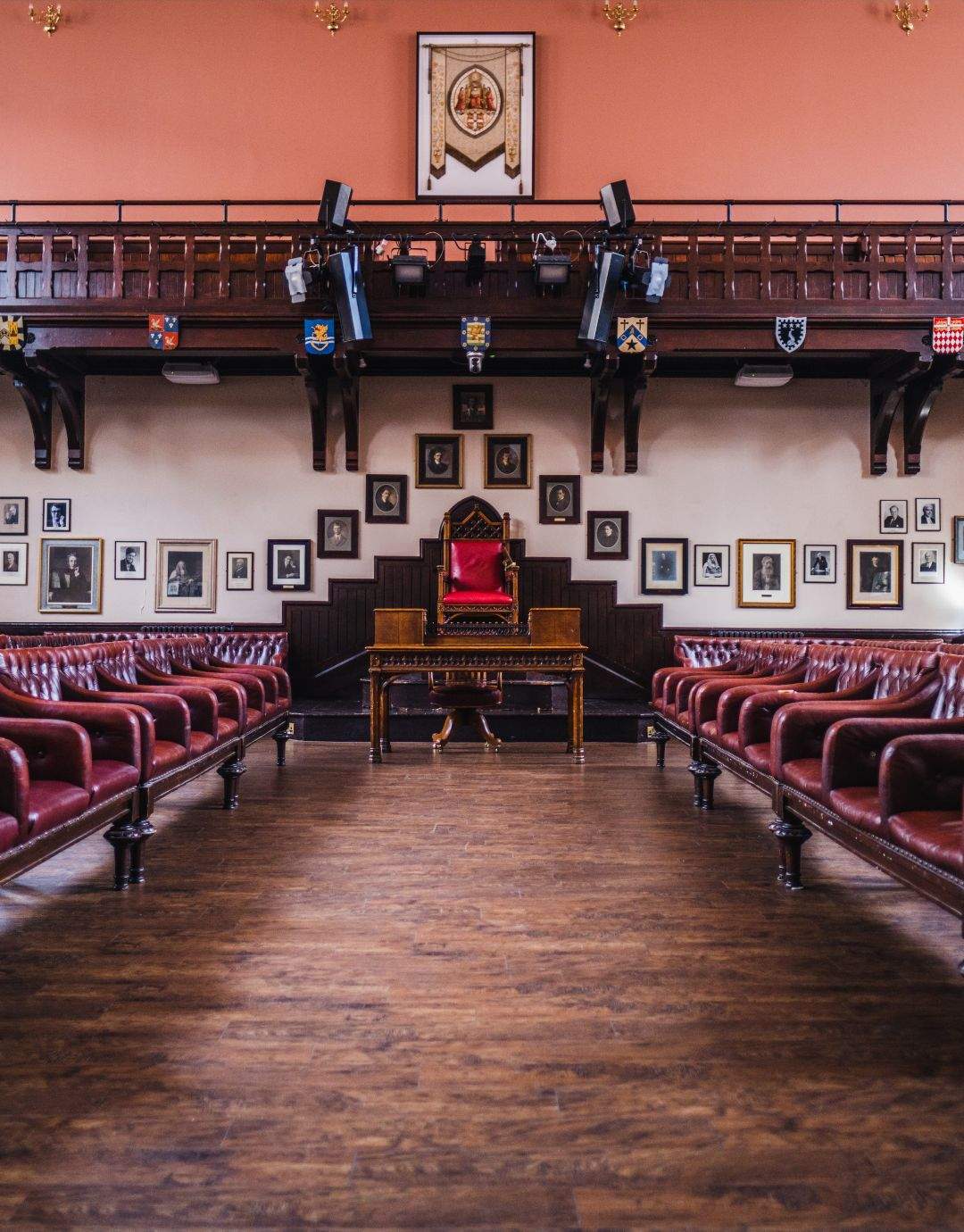 How do we debate?

In every debate there is a motion: a statement, idea or policy that is disputed and framed within the prefix ‘This House’. Usually, the motion is either a policy which changes the status quo (e.g. This House Would Provide All Police Officers With Firearms) or a statement, the truth or falsehood of which is examined in the debate (e.g. This House Regrets the Decline of Marxism in Western Liberal Democracies). There are two sides to the debate: the government and the opposition. The government, also known as the proposition, supports the motion whilst the opposition opposes it. After the debate, the judges will decide which debaters were most persuasive.

What makes a good debator?
Typically, judges decide how persuasive debaters have been through three key criteria: Content: What we say and the arguments and examples we use. Style: How we say it and the language and voice we use. Strategy: How well we engage with the topic, respond to other people’s arguments and structure what we say.
How is the debate structured?
How is the debate structured? There are many different formats of debate, each with their own rules. The format we use in competitive debating is called British Parliamentary, as it resembles a debate in the British Parliament. This is not the format used for Thursday night Union debates but is the international standard for university-level competitive debating. That said, it is but one of many different debating formats and, like football, learning the rules doesn’t teach you how to play it well. Once you have learned to debate in one format, it is very easy to convert to another.
What are the Rules of British Parliamentary

What is the Motion and Preparation Time?

In British Parliamentary, the motion is announced fifteen minutes before the debate begins. Teams are assigned to positions in the debate randomly. The teams prepare during these fifteen minutes using their own knowledge and experience to create their case. Examples of motions include ‘This House Would Introduce the Death Penalty’ or ‘This House Believes That Globalisation Marginalises the Poor’.

Join today
What is The Opening Government
The opening government presents the case for the government. Firstly, they must produce a definition: a policy or interpretation of the motion. The definition should be relevant to the motion and should not attempt to restrict or shift it to another debate. They must then present arguments in favour of the motion. The second government speaker must also rebut the opening opposition and explain why their arguments are wrong or irrelevant.
What is The Opening Opposition

The opening opposition presents the case for the opposition. To do this, they rebut the opening government and present arguments. They can choose to defend the status quo or present a counterproposal.

What is The Closing Government and Closing Opposition

Both of these teams must try to move the debate on, but must not contradict the opening team on their side. In particular, the closing government cannot change the definition. To move the debate on, they present new analysis of the debate either from a different viewpoint or by extending the arguments already made. The third speaker presents this ‘extension’ or new material as well as comprehensive rebuttal or all previous speakers on the opposite side. The last speeches on both sides are summary speeches: they summarise the debate and the clash between teams from a biased perspective in order to explain why their side has won the debate. Special emphasis should be made on why their team has won the debate. No new arguments may be presented in the summaries, although new examples and rebuttal are accepted.

What is the Points of Information

What is an Adjudication

After the debate has finished, the judges evaluate the debate on the basis of the content, style and strategy of speeches. After comparing separate teams, they then rank the teams first to fourth. In open rounds, the teams are then given the result and reasons for the result. In closed rounds, the result is not given to teams. 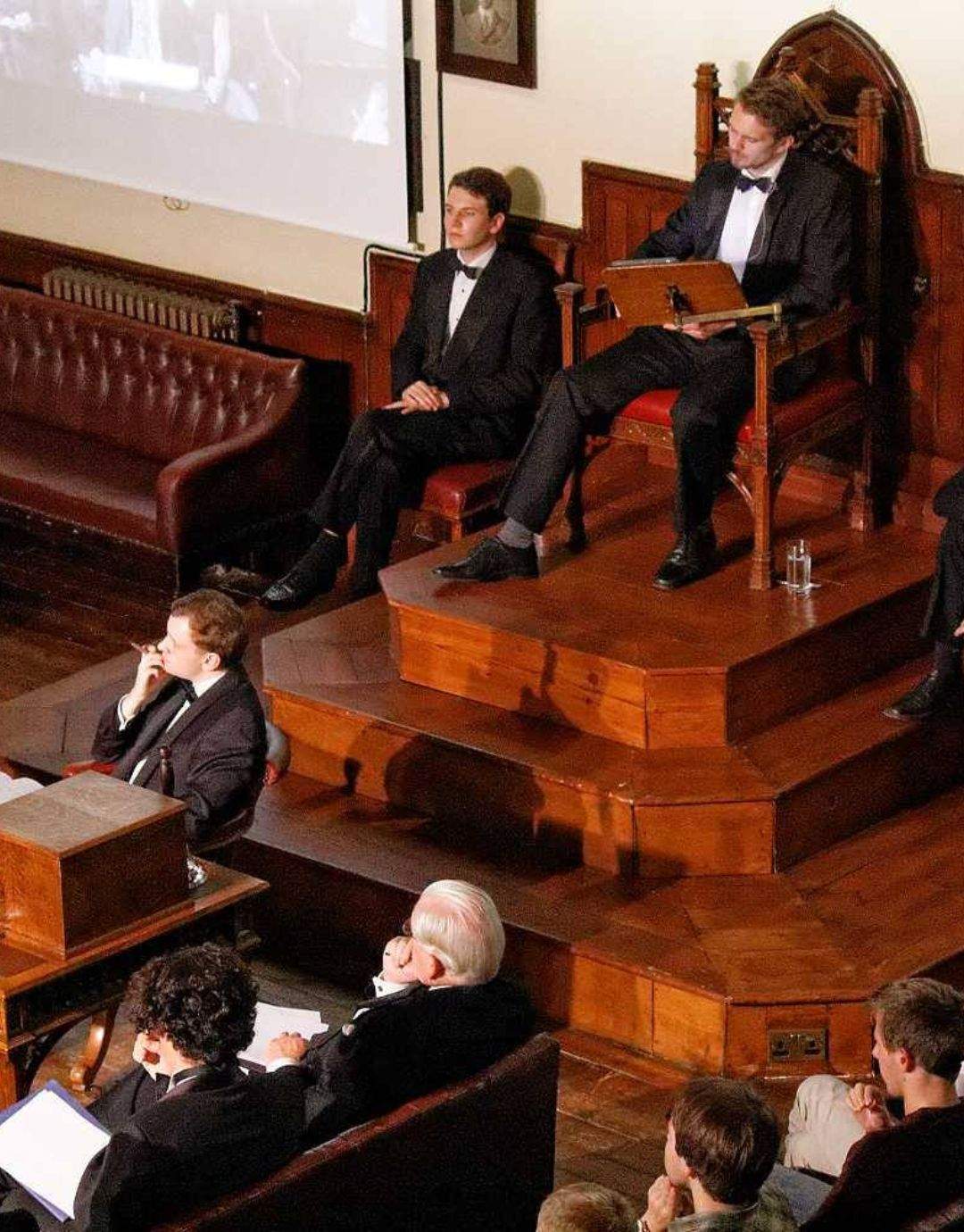 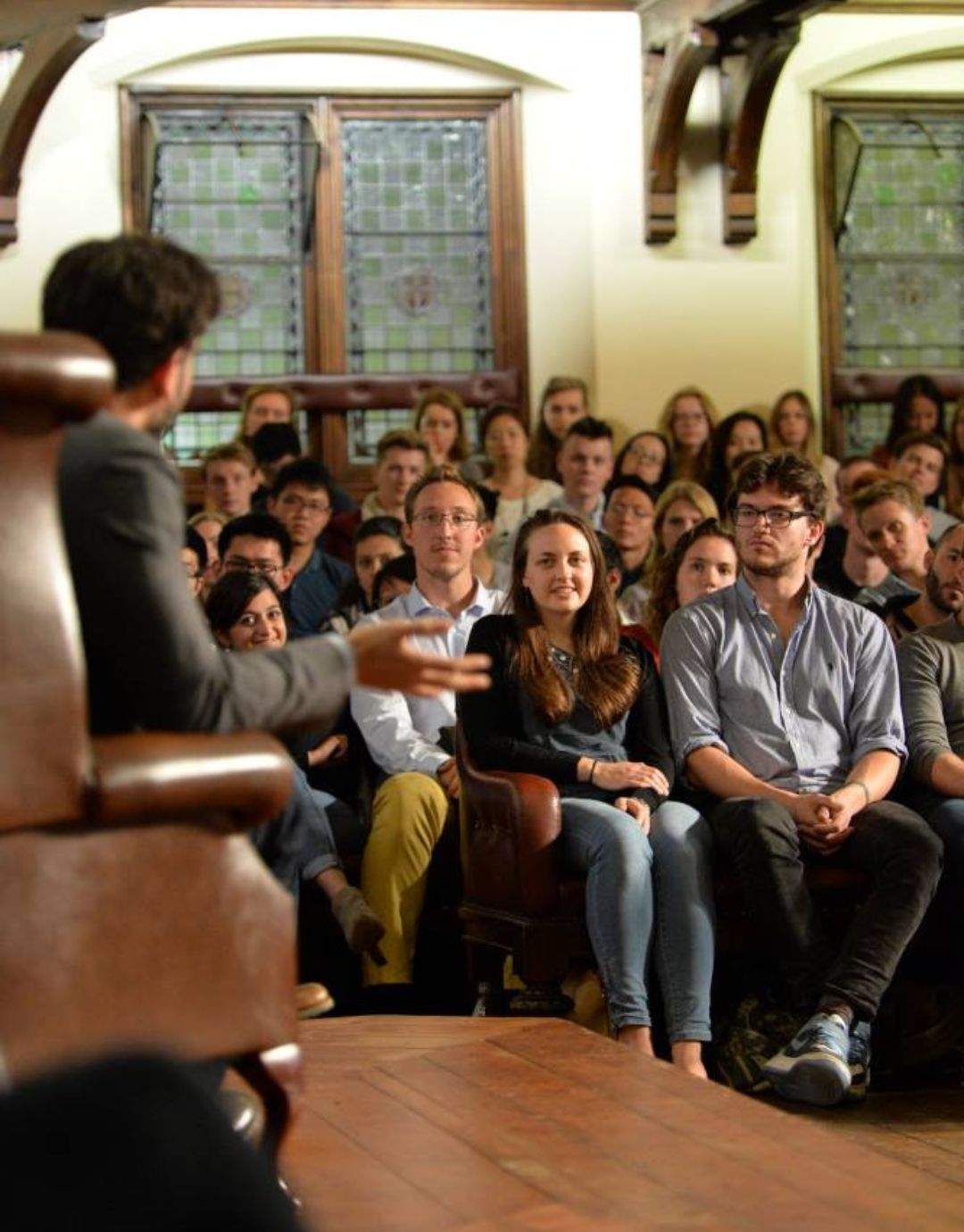 What previous debating experience do I need to join?

None. Literally none. This is not an overstatement. Many of our debaters started out at Cambridge Debating with no previous experience and have turned into brilliant speakers due to our workshop programme and through debating at competitions. You should be interested in improving your public speaking and in thinking about global issues, but we assume no previous experience in debating or public speaking from new members. The need to have previous debating experience is a common misconception. You will probably be nervous about having a go for the first time; don’t worry! Everyone else was terrified when they first started, but once you have built up experience the nerves will settle.

How can you talk to us?

Look out for the Cambridge Union stall at the CUSU Societies Fair in October. We’ll be there to answer any of your questions. We will also be holding open introductory evenings to Cambridge Debating at the Cambridge Union Society on the first week of Michaelmas term where you can see what we do, talk to us and maybe even have a go. If you have any immediate questions, you can contact the Debating Officers through their e-mail address debating@cus.org.

What is expected from new members?

In short, nothing. Union members can join our workshop programme for no extra charge. To represent Cambridge at competitions, we expect you to stay on our workshop programme and show some progress through it. There are many opportunities to help throughout the year at other events, whether you’d like to judge our Schools competition or assist our international competition. Contributions to Cambridge Debating are taken into account for selections to competitions and tours, but the extent to which you’d like to be involved is up to you!

Join today
Why do teams try to win the debate outright and not the two sides?

This is because issues often have more than one perspective through which we can analyse them and many different groups of people can be affected. This style of debating allows these different perspectives to emerge by generating competition between these views.

Whilst closing teams have access to fewer arguments as they cannot repeat those from the opening teams, they have much more time to think about what is relevant and important in the debate and generate new ideas. Statistically, therefore, closing teams are actually more likely to win, although it is possible for a sufficiently skilled team to win from any position on the table.

As teams and speakers are assigned to positions, aren't these debates artificial as speakers could be speaking against their own views?

Whilst some speakers could be speaking against their own views, it is important to consider different views. Only by discussing these different ideas can new perspectives emerge, which is important for advancing how and what we think. Debating also exposes people to new ideas and issues that they may not have previously considered.

When debaters speak, how can I believe what they say?

Ultimately, whether or not a debater believes what they say, it should not impact on how persuaded you are by their arguments and ideas. You should evaluate what they say just like any other speaker you listen to. A speaker who claims authority over a subject whilst not explaining their views should be questioned in just the same way as someone who has read about a subject but presents a clear and logical argument.

What else is there to learn?

Learning the rules of any game doesn’t teach you how to play the game well. Our Wednesday night workshops could teach you how to develop the content, style and strategy to think about issues logically and persuade audiences. Find out more by emailing debating@cus.org. 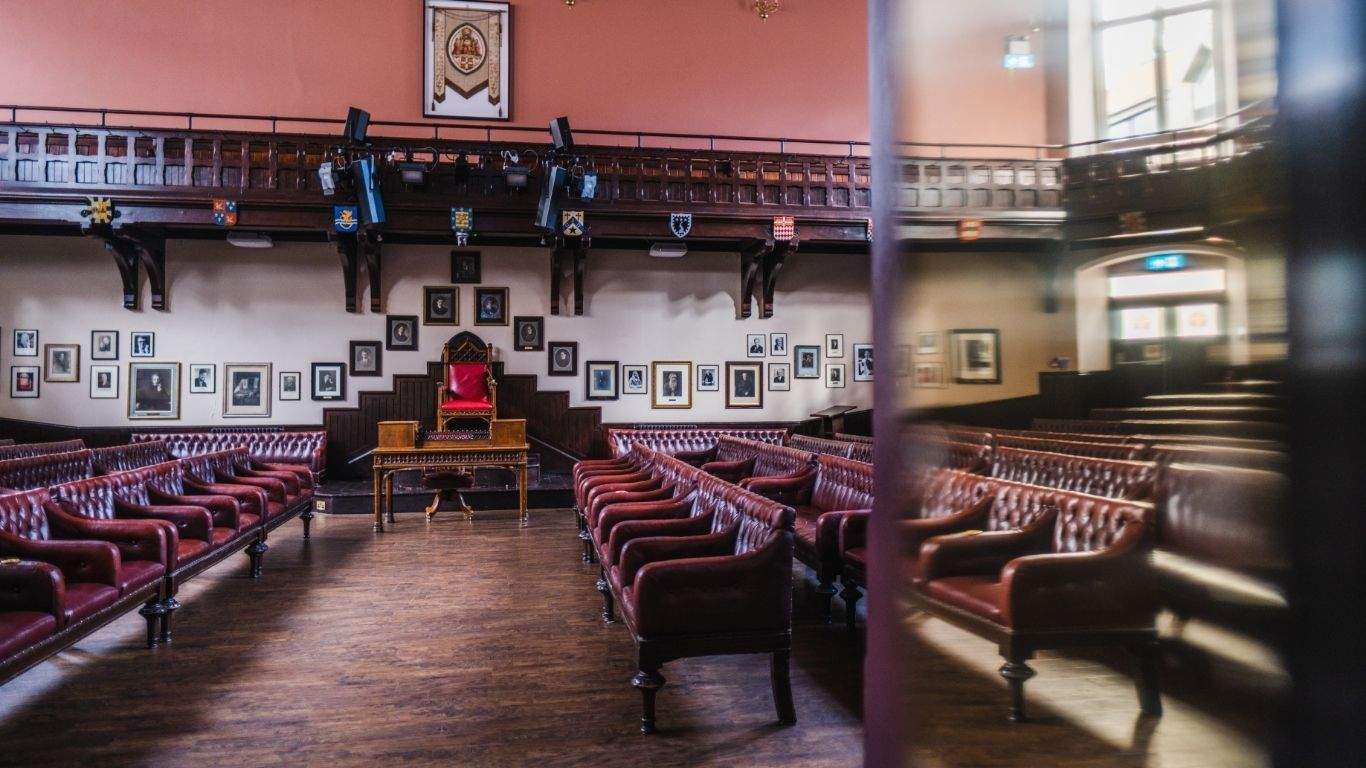 If you’re interested in what we do then why don’t you join us at any time of the academic year? You will need to be a Cambridge Union member but alongside the standard benefits of being a CUS member, you will also receive expert coaching from some of the best debaters in the world and subsidised travel to domestic and international competitions at no extra cost.

Prospective Memberships – If you are looking to become a member, please try back again shortly, or alternatively email info@cus.org

*Memberships are also available to buy at reception.